Reading from other boxes

In this scenario the visualization running on the “Consumer” box is accessing the data on the “Provider” box for reading. It is important to understand the role of the two boxes. 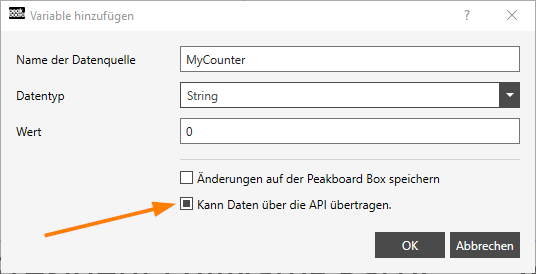 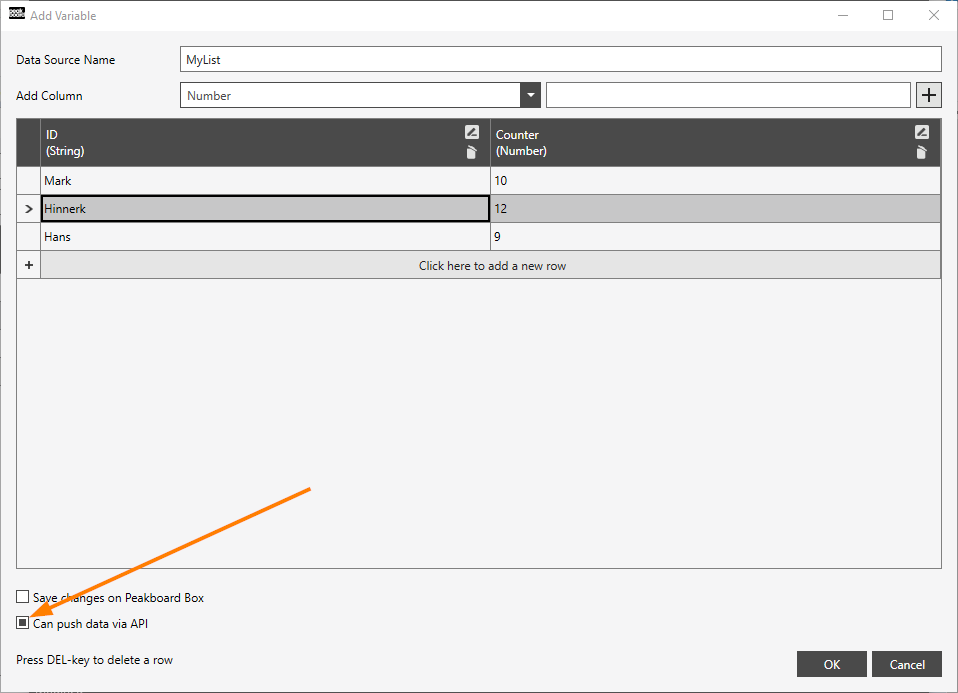 First supply the obligatory name for the data source. On the next line, select the Peakboard box, which is to be queried. The list of Peakboards is taken from the management dialog. If your box does not show up in the drop down menu, please make sure, the device was added in the management dialog. After selecting the Peakboard, the available data sources are queried automatically. The user can then select, whether to query a list from the device or an arbitrary amount of scalar variables but at least one. A Peakboard data source configuration can either return one Peakboard list or an arbitrary amount of scalar variables, which will be presented in a table with one row.

The next drop down menu lets you select the list or variables, which you want to request with the data source.

Click on “Load Data” to send a request for the current configuration to see the current state of the data sources data.

After saving by pressing the “Ok” button, the data source and its data can be used normally. 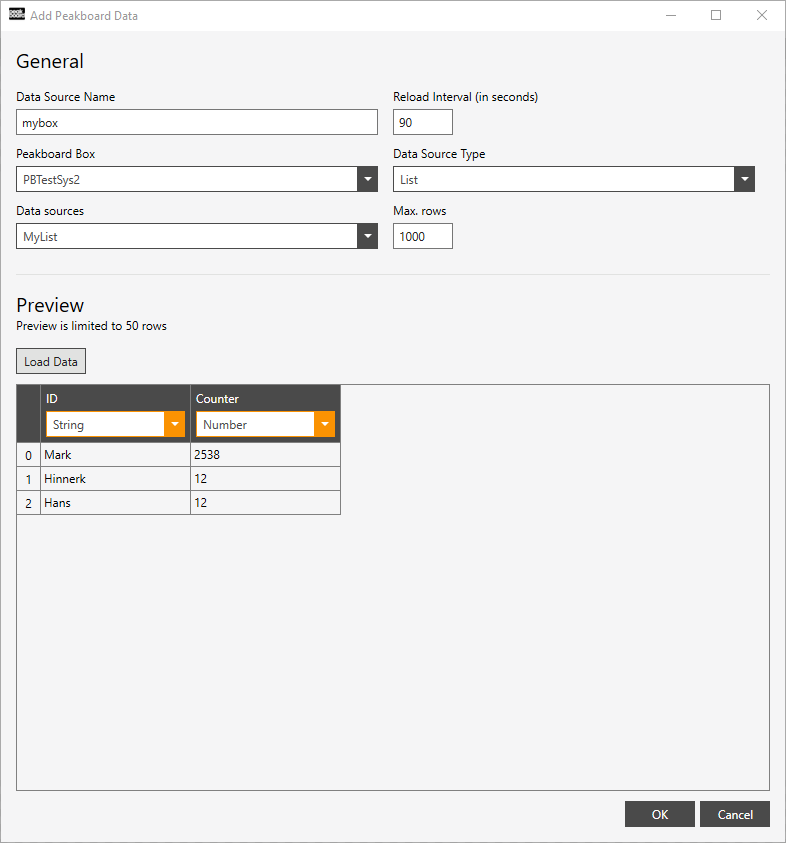 Writing to other boxes

To write data to a Peakboard the lua scripting engine is used. The Peakboard data source provides a way to execute instructions on the lists and variables, which are defined in the data source. These instructions also provide a certain level of safety for the data over the network.

In a production hall, there a three productions lines. Each of which is connected to a Peakboard displaying the current number of pieces manufactured this shift/day. A fourth master Peakboard should gather these information and have a the possibility to reset the count. Implementing this in Peakboard was quite tedious before, since it required a lot of scripting, building the requests to set the data on the Peakboards.

Say the Peakboard variables showing the piece number on the lines are called line1qnty, line2qnty and line3qnty. The master Peakboard will have a data source for each of the Peakboards. They are built like described above.

The master Peakboard board will now query the values automatically and make them available in the visualization as a normal data source.

The data sources are exposing various functions via the scripting API. Thus resetting the values can be done by calling

on the value in the respective datasource.

A list based Peakboard data source will expose the following functions:

A scalar based Peakboard data source will expose the following functions: set(value)

Depending on the type, these functions are supported:

Note that mixing operations may have unforeseeable effects, when executed from multiple Peakboards. For example, if the operation add(2) and multiply(2) arrive at the same time the visualization cannot know, which one should be executed first. In contrast subtractions and additions, for example, can be executed in arbitrary order.