Queries against a data source often have to be designed dynamically, depending on a certain context. Example: An end-user enters a date via a text field and the data source is to send the request to the host system so that it meets the user’s requirements. To do this, a dynamic SQL statement is created that contains the desired date of the end user. This article shows the standard procedure for designing such a dynamic query.

The central element is a slider. The end user can set the number of data records to be retrieved in SAP using the slider. Each time the controller is operated, the data request is based on this. The following picture shows the design. In addition to the slider, we require a scalar data element (named Rowcount), the SAP source and a table to display the data from the SAP source. 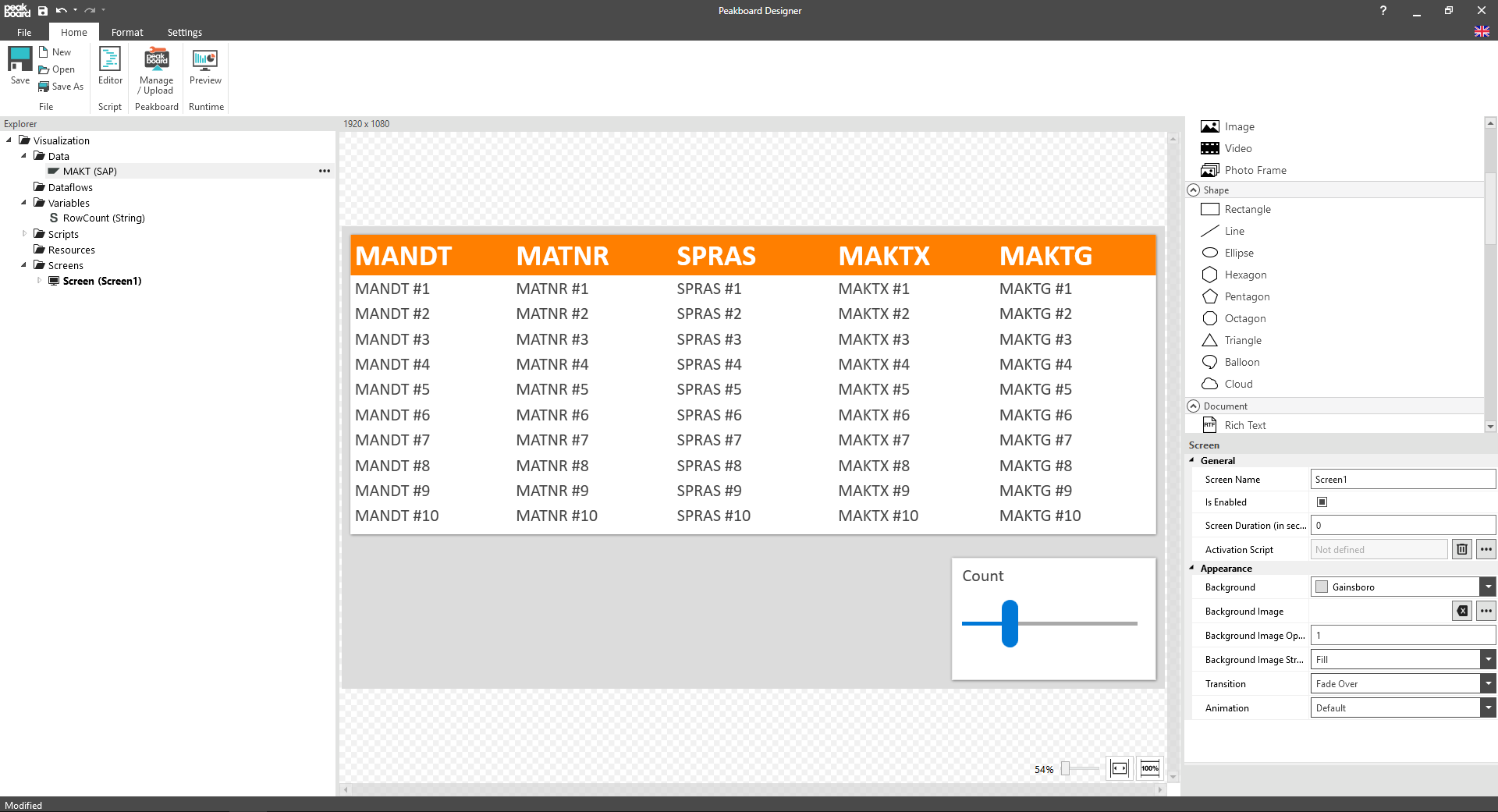 The slider provides a ValueChanged event that is called every time the value of the slider changes. We store a simple script that writes the value of the controller to the static variable RowCount and then triggers a reload of the SAP source. Here the script and a screenshot: 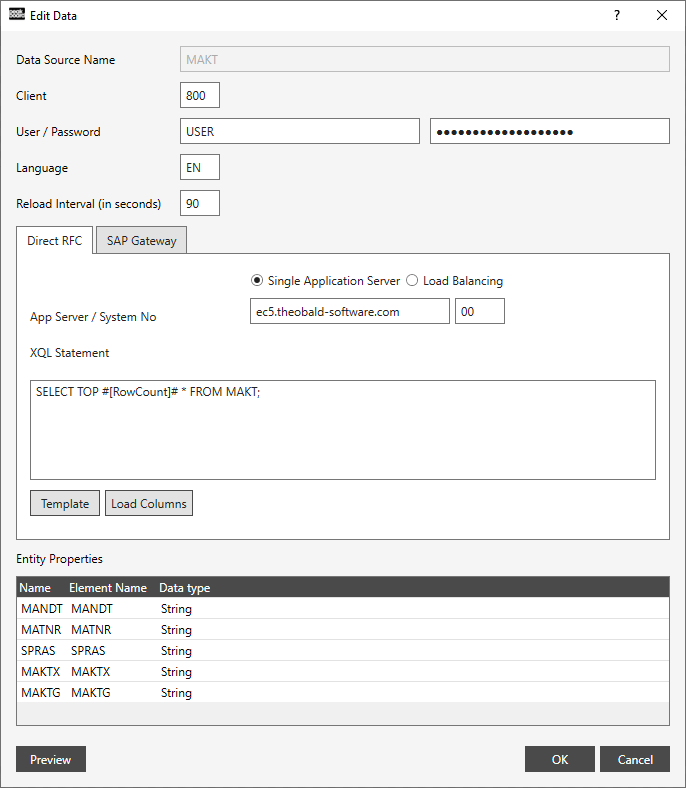